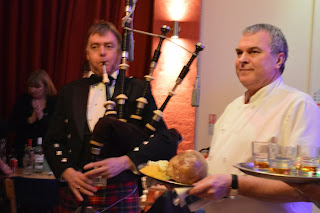 Here in Edinburgh; the clock is ticking.  We are speeding towards the great Independence referendum, when Scotland will decide whether to remain within the union or to break off and form a new nation.  Attitudes towards it are complex, ranging from impassioned to fearful and ultimately confused.  But something is happening attitudes are changing.  Bubbling under the surface of these debates is a question bigger than, ‘Will we have an army?’ or ‘Will we use the Euro?’ the question underneath it all, is a simple but powerful one; ‘Who do we want to be?’.

Scotland is changing rapidly, and defining itself as much by what it is, as what it is not.  For Indy supporters, their new Scotland is the perfect opportunity to challenge a system that is failing them.  At the heart, is a distain for the capitalist governmental system being fed down from Westminster, which has oppressed, demonised and impoverished the working class.

Sitting in my student’s union, a young woman sits opposite me.  On her lapel, a pin reads ‘Independent Socialist Scotland’. For many Yes voters the working class identity is more crucial even than their national sense of self.  To view the Yes vote as a bitter anti-English notion is a complete misunderstanding of the Scottish identity.  To call self-determination racist or bigoted is a simple way to tell Scotland to sit down and shut up.

When the electoral registration form came through my door a few weeks ago, my flatmate told me I had no right to vote, and he was horrified that all people who lived in Scotland were allowed to vote in the referendum regardless of whether they considered themselves Scottish or not.  As an Ulster-Scot my heritage is crucial to me - an incredibly important part of how I define myself and how I feel about Scotland.  As an immigrant in his eyes: my opinion is of less worth, but this is not, the ‘New Scotland’.  A ‘New Scotland’ is a nation that looks outwards and embraces a distinctly 21st century international spirit.  My flatmate speaks against this spirit from a strong unionist standpoint, thus exposing how deeply the Better Together cause has misunderstood the way Scotland is changing and redefining itself in the wake of the referendum.

The Yes campaign have made considerable efforts to argue against the unionist assumption that the right to vote is a blood right.  Campaigning materials are available in a variety of languages highlighting the importance of an immigrant demographic to the overall vote.  One flier currently in circulation on campus here reads ‘Tak’, and expresses the importance of Polish families voting Yes to provide them with the future they imagined here in Scotland.  Polish is now often referred to as Scotland’s second language, so providing this information in this form allows people to hope for a new, independence led chapter in their Scots-Polish heritage.  The Better Together campaign however, advertise themselves as a ‘patriotic’ campaign, which removes an entire demographic from their focus - those who embrace a different model of patriotism than what is suggested by David Cameron, who this morning tried to evoke fond nostalgia in the hearts of Scots. He spoke from the Olympic Stadium in East London, providing no firm reason for Scotland to remain within the union, but simply attempting to invoke an outdated notion of British sentimentality.

I cannot know whether Independence would be the right choice for Scotland, but I do know that the current political system does not work, and that a change is coming regardless of the outcome of the referendum.  Better Together have fatally misunderstood the Scottish identity and what Scots want their post-referendum nation to become - an inclusive country that looks forward rather than clinging to an outdated and institutionalised Britain.  If the UK seeks to have any hope of retaining Scotland they will need to dramatically change their tactics, and the entire political system into one that effectively serves Scotland in a way, which currently it is completely failing to do.  Whether a ‘New Scotland’, or a ‘New Britain’ is on the horizon remains uncertain, but what we can be sure of, is that huge change is crucial not just for Scotland, but for all of Great Britain.