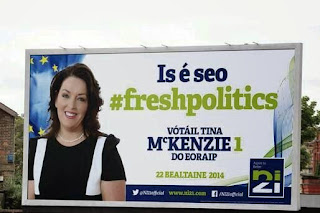 The politics of ’s “Catholic Unionists”
By Andrew Coffman Smith for Issue 14
The search for the elusive Catholic Unionist vote is far from an “exercise in folklore” as Alex Kane maintains, it’s a journey into the very real no man’s land of Northern Ireland politics.