Observations and Realisations of 2016 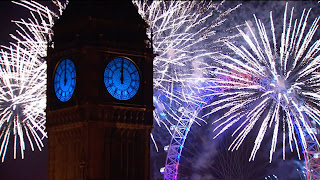 A focal point on the eternal loop between Ancient Past and Distant Future.

Not a good year for band members stuck on board the old bandwagon.

The year the Global Establishment got caught on by the global people.

A good year for new words and new meanings for old words: like Global Establishment.


The Global Establishment is fronted by the new Global Aristocracy/new Global Landed Gentry. Its components are national establishments, judiciaries, corporate banks, corporate media, corporate business, university, corporate charities and global celebrities who all thrive on the devout loyalty or servile flattery of the global masses.


The year every single component of the Global Establishment got caught on.


Burning wood chips for profit was officially recognised as unsustainable.


The year of the super moon: super sunsets, super sunrises and super stars.


Satirists will soon be out of work as real life is becoming more fascinating than anything they can make up.


The majority of global celebrities give the minority of rational, down-to-earth celebrities a bad name.

There are none more intolerant than those who call others intolerant because they can’t tolerate alternative views.


For the elite: Populism was the rise of the stupid, narrow-minded, uneducated peasants.


For the people: Populism was the rise of the enlightened independently-minded.


The year cosmopolitanism triumphed over multiculturalism in celebration of the richness of distinct cultures and their preservation.


It was not a good year for those with superiority complexes.


The year less than half the people blindly believed everything the corporate media told them.

Hard to fathom the scale of the Remaining devout loyalty to the new Old Order.


Experts were recognised as mere employees of the Global Establishment.


Experts became more valuable than ever. We now know it is best to strive for the opposite of what they tell us.


Experts became more valuable than ever. We now know to expect the opposite of what they tell us.


The year Political Liberalism became recognised as the sophisticated art of illiberally denying the democratic will of others, including real liberals, in pursuit of political gain.


Abandoning the herd became fraught with danger of being surreptitiously stampeded upon.


Those who dared think outside the box risked being surreptitiously excommunicated from interior of box.


The year Groupshock reached epidemic proportions as a direct impact of chronic Groupthink.


Herd Mentality is a natural human instinct: best to address this by occasionally following your local football team.


Football can be therapeutic: you get to hurl abuse at the referee and he knows not to take it personal.


Euro2016 allowed us the opportunity to confirm that the vast majority of the people of are brilliant, warm, friendly people.


The vast majority of the people on our wee planet are brilliant, warm, friendly people.


The year of the refugee seeking refuge from war, devastation, hunger, torture and rape.


The year of the Money Migrant seeking more money and the latest mobile phone update.


Throughout the year our wee planet glowed as a bright shining light in the cosmos.


The year the fanatical adoration and hero-worshipping of global celebrities peeked.


The year of understanding that it is no longer compulsory to identify with only one of the three political boxes the Global Establishment created for you.

Politically, I am neither Left nor Right, Left of Centre, Right of Centre – and definitely not Centre.


The year the Global Establishment realised it would have to put even more people through university programming if it is to maintain control.


The University Regime has become a crucial cog in the wheel of the Global Establishment.


The more bureaucracy: the denser the smog of resistance to transparency and accountability.


Centenary commemorations can be enlightening and therapeutic.


The year the Global Establishment will dig the trenches deeper and deeper.


A year of turbulence lies ahead with lots of new words and new meanings for old words.


An exciting year: full of new creative opportunity for the creative mind.


A year of great opportunity to escape 1984.


It will not be a good year to jump back on the old bandwagon.


Our wee planet will continue to glow in the cosmos.
Posted by theulsterfolk at 05:45