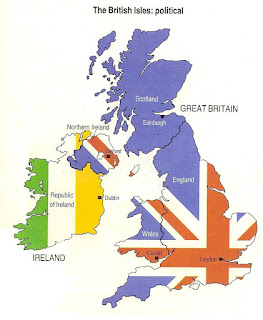 5/ Four years after end of Transition the MLA's in Stormont will have opportunity to vote on rejecting or continuing to accept the Protocol. This will be by majority vote which contravenes the Consent principle of the GFA, as commonly understood in NI/ ROI.

6/ Should NI vote to reject the terms of the Protocol the EU will have a further 2 years to establish alternative arrangements, which include examination and interpretation of the details of the GFA.

7/ It seems clear that in such circumstances the terms and conditions of the Protocol would cease to be law but it would be mandatory that they be replaced by alternative arrangements.

8/ The alternative arrangements would necessitate NI remaining in the EU's Single Market and Customs Union.

9/ NI could never simply leave all connections with the EU and the laws of the ECJ to return to being a full member of an independent UK.

10/ Even in the case that the UK has arranged a Free Trade Deal with the EU, with no political affiliations or implications, there would be no mechanism for NI to fully exit the EU.

11/ The regulatory Irish Sea Border means that NI would become economically independent of the UK and dependent on EU rules and regulations.

12/ The Sea Border would require new documentation and monitoring of goods travelling in both directions.

13/ Tariffs on goods being transported from GB to NI will apply when the EU believes there is potential for those goods to be moved on to the EU as that could interfere with their 'level playing field' guidelines.  This could apply to most goods entering NI until proof of final destination is ascertained.

14/ Tariffs on goods from GB to NI could be reimbursed when proof is provided that the goods remained within NI, but this would not necessarily always be the case.

15/ NI businesses will be tied into the EU 's VAT system.

16/ NI will be liable to pay taxes and tariffs to the EU without having any political representation with that authority.

17/ The ECJ will rule supreme over any proposed changes to the Common Travel Area (CTA) where it impacts EU citizens and their families who are resident in Ireland.

18/ The fact that the ECJ will have legal authority over NI indefinitely means that it will also have some authority and influence over UK internal laws indefinitely or until such times as NI ceases to be officially part of the UK.

19/ It appears that the Protocol process effectively severs NI from the UK in contravention of both the GFA and the Act of Union of 1801 - without the people of NI being granted democratic opportunity to approve or disapprove.

20/ At very least, the Protocol disturbs the spirit of the GFA which could create huge political problems on the island of Ireland and reignite historic social division.