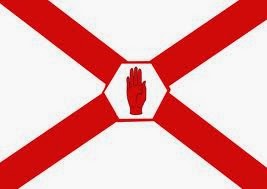 Not everyone seems to realise this yet but Northern Ireland is now at a crossroads where we must decide to take the road we're being herded down, that leads to Brussels, or try to take the road away from the EU that the UK has chosen to take.

There is currently no official road in between. Well, okay there is an unexplored barely trodden pathway that heads off in another direction – out into the Middle of Nowhere where it gradually disappears into obscurity amidst a fog of bushes, brambles and briers.

There has to be an alternative pathway, currently within the UK, that respects democracy and yet allows democracy to determine future pathways.

The alternative barely trodden pathway does require urgent exploration. Time for Ulster to take the pathways of Robert Frost and Henry David Thoreau?  An exciting new adventure may await beyond the fog of bushes, briers and brambles should we decide to take our very own different road.

See Part Two and  Part Three
Posted by theulsterfolk at 04:50