Famous Seamus of the Orra Mountain 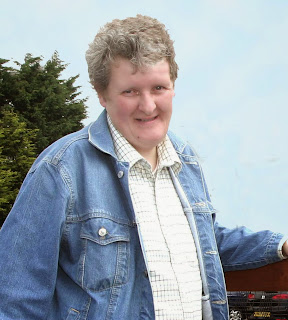 By Willie Drennan for Issue 13 of The Folk
Seamus Boyle of the near Loughgiel in is a kind of living legend. Poems and songs have been written about him and have been recorded on CD. His latest claim to fame is that he has been recently featured in an article by the internationally distributed Forestry Journal. They had heard of the work of Seamus and this prompted one of their leading contributors, Anne Berry, to travel from specially to do a feature around Seamus.
It is difficult to explain the role that Seamus plays in the Glens of Antrim but he is widely recognised as the guardian of forest and mountain. Seamus is hard to define as he works on another level: a classic example of someone who not only thinks outside the box but operates outside the box. He simply is in tune with all that goes on around Slieveanorra and goes to considerable lengths to ensure his beloved region of forest, hill and glen is preserved for posterity.
Read more »
Posted by theulsterfolk at 03:42 1 comment: 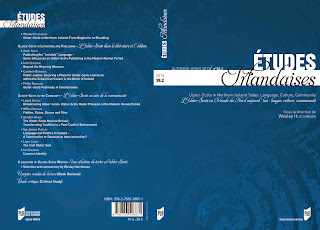 A new journal on Scots has been published in  will be distributed across the world this spring. This exceptional collection of writings on Scots will be most significant for its wide range of views: from grassroot activists to highly acclaimed academics. The internationally respected journal is anticipated to provide tremendous insight into an identity has been much misrepresented and misunderstood.
Ulster-Scots in Northern Ireland Today
Special Issue of Etudes Irlandaises (38.2)
General introduction by Wesley Hutchinson, Université Sorbonne Nouvelle-Paris 3
Ulster-Scots in literature & publishing: Anne Smyth,  Ivan Herbison, Caroline Baraniuk,   and Philip Robinson
Ulster-Scots in the community: Laura Spence, Willie Drennan, Gordon Ramsey,  Ian Parsley, Liam Logan and Ian Adamson.
A selection of Ulster-Scots writing: Selection and commentary by Wesley Hutchinson.
Etudes Irlandaises  may be purchased on line. Check www.theulsterfolk.com for updates on places to purchase in Northern Ireland.
This issue of Etudes Irlandaises is set to be launched in Northern Ireland in late May. 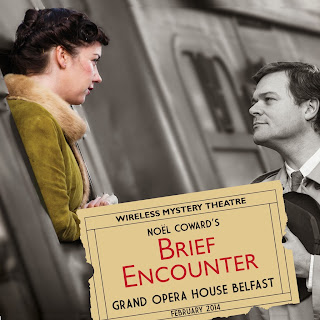 Willie Drennan – for Issue 13 of The Folk


During Valentine’s week an adapted stage performance of Noel Coward’s romantic classic, Brief Encounter, was just the thing: the intimate setting of a packed Baby Grand Studio at ’s Opera House, the very spot.
Read more »
Posted by theulsterfolk at 15:39 No comments:

A SENSE OF CHARACTER 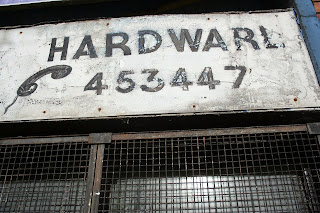 by Ian McPherson (Rambling Ringo) for Issue 13 of The Folk
By all accounts, our town centres are in big trouble.
'Clone towns' is a term currently used to criticize the bland uniformity of high streets throughout the .  Towns weathering the economic storm often stand out by having 'character' - streets of historical or architectural interest, a good number of independent shops, and a lively sociable atmosphere - a buzz.
The latter is provided by the townsfolk themselves, many of whom also appreciate having well known 'characters' about the town.  Lisburn people fondly remember local figures such as Jack McMaster, who delivered the milk on his horse and cart (and about whom I have written a song), or 'wee Davy Jones' - not one of The Monkees, but our own 'Tom Thumb' who drove around town in a modified sidecar.
Buskers too, can become 'characters', thus also lending character to a town. In 'A Sense of Wonder', Van Morrison recalls "the man who played the saw outside the City Hall." I remember seeing such a character there in the 1980s (it was probably the same chap).
Read more »
Posted by theulsterfolk at 14:50 1 comment: 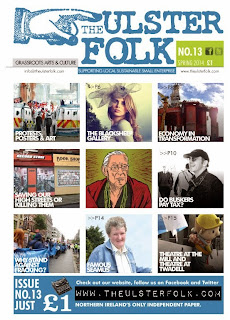 Posted by theulsterfolk at 04:30 No comments: