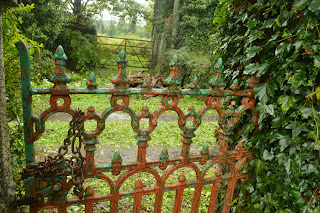 Global Lockdowns are dividing communities and families across the globe. There has been no division on such scale since the end of World War Two. Divisions already existed between those who believe in globalisation and those who don't, but since March 2020 the division has moved to a whole other level.

The division now is particularly between those who believe in all aspects of global lockdown and those who do not believe and question, or challenge, the validty of the globalist view.

We are having to chose between belief that global powers are doing their genuine best to tackle the worst global virus in human history  - and belief that severe global lockdowns and mass-vaccination programmes are part of an agenda by global elites to assert their control over humanity.

One of these belief systems is wrong and the other one is right. It is difficult to envisage what a middle-ground position would be.

There are two diametrically opposed opinions and the big problem is that only one of those opinions are promoted to the masses via global mainstream media. The other opinion, held by thousands of practitioners and experts within the fields of healthcare and science, is clinically silenced. Rational debate is silenced.

Regardless of which side we take, surely we should all be concerned about systemic censoring of alternative opinion and freedom of speech?

The following is an overview of the alternative opinion.

- Global lockdowns have been draconian and it is astounding that they have now lasted for one full year, with no certainty of coming to a complete end any time soon.

- The governments' promotion of mask wearing, staying at home and social distancing has been continuously broadcast via global mainstream media and every possible communication medium. The whole world knows the message.

- On the shutting down of the global economy the reasoning and justification has also been broadcast aloud on a relentless daily basis.

- The closing down of small independent business while monstrous global corporations thrive is hotly contested - as is the closing down of the hospitality sector, tourism industry, public concerts, sport and recreation.

- The clampdown of public rallies and street protests against the lockdowns has been extreme across the globe. In previously free and democratic nations, where public protest and questioning of authority has been paramount to the fundamental principles of national constitutions, authoritarianism has become the norm.

- There has been no such assault on human rights and liberties on such scale, in Europe at least, since the Berlin Wall came down.

- The closing down of smaller public gatherings such as in pubs, coffee shops and churches and other social groups, community groups, fraternities, family gatherings who regularly meet - severely curtails public discourse. Throughout history and especially before television and modern communication, the seeds of revolution against tyranny, and seeds of pivotal social change, have been sown in these social settings. In spite of the modern tech this aspect of social discourse and verbal sharing of ideas, concerns and fears has remained prevalent and crucial – up until March 2020.

- The global information network appears to be under the near absolute control of the global corporatists who fund the media. Journalists have been accused of no longer being real journalists but globalist propagandists.

Mass-vaccination has been challenged by many medical and science professionals across the globe, on the following grounds:

- Vaccines are not necessary to stop the spread of Covid.

- Vaccines do not actually help to prevent contacting Covid.

- The vaccines have not gone through the globally-accepted testing process, which includes protocols on testing of animals.

- The Covid vaccines are dangerous as they create an “Improper Immune Response” which can lead to "a cytokine storm" (See views and work of  Dr Dolores Cahill).  In basic terms, I understand this to mean that these vaccines get our natural immune systems all fired up to potentially dangerous levels.

- These new mRNA vaccines of Pfizer and Moderna are experimental and are essentially a form of gene therapy that may interfere with our DNA. While the Oxford/Astrazenica vaccine is not an mRNA vaccine, it does incorporate DNA techniques.

- It is also claimed that some of the vaccines have ingredients that weaken our natural immune systems.

- That this is likely to result in more deaths from the vaccine than from the virus itself.

- See work and views of Geert Vanden Bossche.  "Mass infection prevention and mass vaccination with leaky Covid-19 vaccines in the midst of the pandemic can only breed highly infectious variants."

- There are also numerous disturbing allegations of dangerous ingredients within the vaccines and claims of links to sinister agendas - all of which are of course enthusistically ridiculed on Google.  I'm not sharing any such relevant links for now until I further research the claims and counter-claims.

- The alternative medical experts also believe that Vitamin D, Vitamin C and zinc can be very effective in boosting natural immunity as well as alleviating Covid symptoms for those who do not have underlying health issues.

- The claim is that these cheap “safe medications” are not being made available as they would make redundant the need for expensive vaccines.

- It is believed the numbers of people who have contacted the virus have been exaggerated due to              large-scale false positives from persistent PCR testing.

- It is believed that the global Covid-19 death toll has been greatly exaggerated by false reasons for death on death certificates.

- Autopsies, in most cases, have not been carried out to confirm cause of death as Covid.

- Travel passports/Health passports are considered unnecessary and a serious infringement on civil liberties and human rights. This brings us in to the territory of "conspiracy theories".

It is important to note that all of the above is totally dismissed by global pharmacists, doctors and media as insane rantings from conspiracy theorists.

- There is usually some basic element of truth in conspiracy theories or else no one would would ever pay attention to them at all. It is often the case however that the theorists add 2 and 2 together and get 5 or 6 instead of 4, and so many people dismiss any element of truth that may exist.

- In this case however some of the theories are backed up by open public confirmation by those identified by the theorists.

- The World Economic Forum's annual conference was held in Davos in January 2021. It seems quite clear that the globalist leaders in attendance have much to gain by getting the majority of people across the globe to comply and become dependent on globalisation. They promote a new world order, via a Fourth Industrial Revolution (connected to 5G technology) where Artificial Intelligence (AI) will replace humans who carry out basic tasks in the workplace. The terminology used around such gatherings include Reset Button for Global Economy, Agenda 21, Agenda 30, Smart Grids, Build Back Better and New Normal.

- It becomes not too difficult to understand how “conspiracy theorists” in this case, have added 2 and 2 together and arrived at the 4th Industrial Revolution, and a conclusion that global pandemics and global lockdowns have been engineered to facilitate number4.

- It is difficult for many people to understand what motivates the alternative scientific practitioners - the so-called conspiracy theorists. It is worth pointing out however that the medical and science professionals who challenge the global lockdown strategy stand to lose their careers and professional credibility. Many have already been suspended from their positions and many more cancelled by social media and platforms such as YouTube.

It seems evident to me that there are millions of people across the globe who have genuine concerns and fears about lockdowns, vaccines and globalist agenda. The millions include tens of thousands of practitioners in the relevant fields of medicine and science who have voiced their concerns - and probably hundreds of thousands who are fearful to speak out publicly.

Surely the fact that the counter science is clinically silenced and censored on such a rigorous global scale should cause others to research and consider, with open minds, the concerns and fears of millions of their fellow human beings?

Surely everyone in positions of influence has a responsibilty to genuinely research and consider all expert opinion: all possible explanations and justifications for this most dangerous and pivotal moment in the history of humanity?

The purpose of my blog is to call for the alternative science to be allowed a voice while still holding on to shreds of hope that the global lockdown strategies do have the best interests of humanity at heart.

It is as much about challenging the global censoring and silencing of rational debate: about defending fundamental rights and freedoms of humanity, as it is about seeking truth and detailed evidence.

Surely if those who challenge the status quo are all crazy nutcases, it would be best to engage them in a global mainstream media debate: to expose and decisively relegate them to the zone of a dangerous fringe?

I'm trying to keep an open mind, but I must say; if mandatory vaccination and health passports for travel, entrance to theatres, pubs, restaurants, churches and sporting events, becomes a thing: the conspiracy theorists can sign me up as one of their own. After all they have been predicting perpetual lockdowns and travel/health passports for a year now.